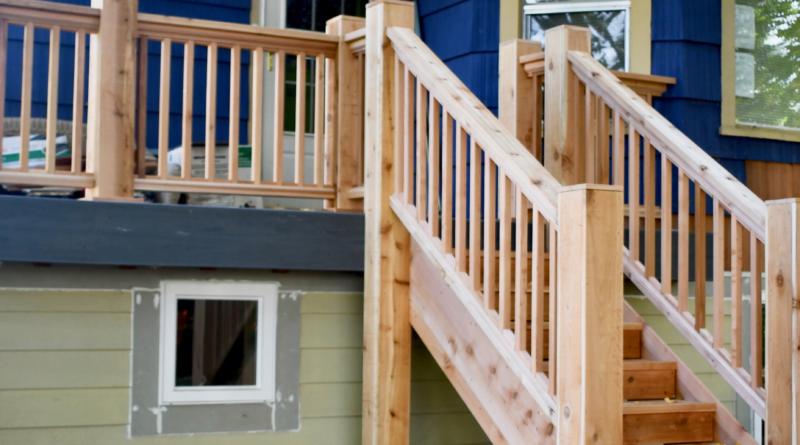 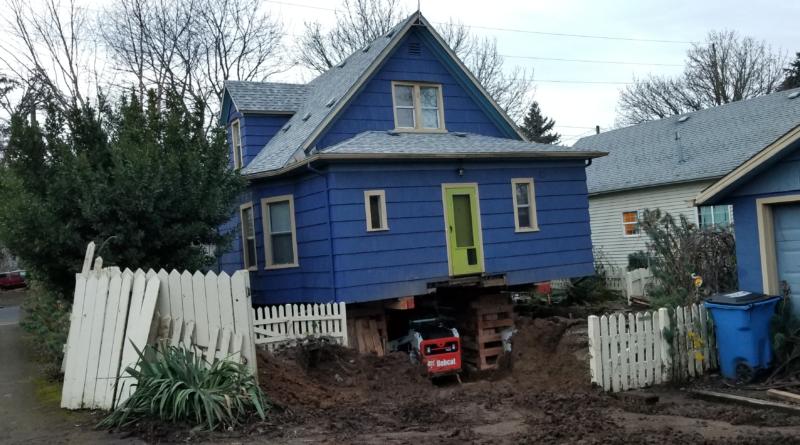 Originally built in 1910, this home needed some major modern modifications to accommodate the changing needs of the homeowners.

In working with their client, Rogue Construction Services recognized the need for an Accessory Dwelling Unit (ADU). Due to the lot’s minimal availability of square footage, the only viable location for the ADU was under the house. Since the house did not have a basement in which to convert into an ADU, Rogue Construction Services had to build one.

The project began with lifting the house, a process in which the foundation is separated from the building and temporarily raised. Once the home was raised, excavation began to remove the existing foundation and dig out land underneath the home, making room for the ADU. Once excavation was complete, the ADU was built and finished, offering the resident an attached but separate living quarter.

In addition to the ADU, the house also received all new decking on the front and back of the home. This allowed for installation of a wheelchair ramp, making the ADU completely wheelchair accessible. Providing ease-of-access for the resident was a must-have feature in this project and Rogue Construction Services did not disappoint in execution.

The addition of the ADU and accessibility features will allow the residents of this home to live comfortably for many more years! 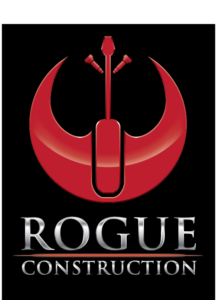 As a premier company dedicated to providing premier customer service, it is important to us to deliver unparalleled workmanship on every assignment.​ We offer a wide range of services to meet your project needs and ensure durable and cost effective workmanship. We strive to save you both time and money by combining our use of industry knowledge, the highest quality parts and equipment, and our dedication to delivering exceptional service. We will not leave the job until it is finished and you are satisfied.